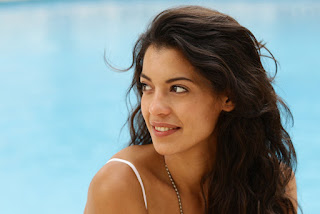 Some questions after "Miss Bala".
1. Will I live to see Mexico change and become safe enough for me to travel in again?
2. When did 'senorita' lose its crown in the language of Mexico to the English word "miss"?

3. Why do I start out loving "Weeds" and "Breaking Bad" but end up dropping those series when they become too honest and savage for me in their depictions of the border?
4.  Why are women's roles and positions so frighteningly depicted as tools, pawns, weapons but never as people who resist or opt out of the economy of drugs?
5. Why is it hard to remember that a movie about a group of women studying to become scientists, engineers and doctors would sell fewer tickets than one about a girl trying out for a beauty contest who is used by drug gangs to trap a corrupt army general?
6. Why aren't there more roles like Mary Louise Parker played in "Fried Green Tomatoes" and less like the ones in "Weeds" and "Miss Bala"?
Posted by Linda Cuellar, Ed.D. at 5:36 AM No comments: Links to this post